Kickstarters that should have funded

The proliferation of boardgames on Kickstarter is no secret.  In preparing the Dice Tower News Kickstarter report, week in and week out, I find countless boardgames and card games that don't fund.  Many fail to fund for understandable reasons - many never coming close - but from time to time a campaign that seems to have everything going for it somehow falls short of the mark, goes unfunded, and has to return to the drawing board.  I thought it would be interesting to reflect on a few of those "projects that should have funded" as cautionary tales that remind us that nothing on Kickstarter is a sure thing - and perhaps to begin to understand why.

Projects I expected to fund that didn't 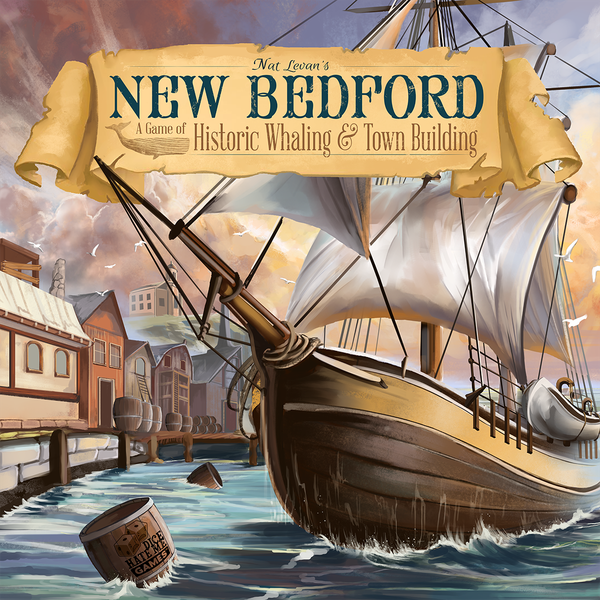 The first example that comes to mind is the first effort last fall to fund "New Bedford" (designer Nat Levan, publisher Dice Hate Me).  I've written about New Bedford before, and I always felt that it will be a strong addition to the boardgame canon. Its first Kickstarter campaign was cancelled apparently due to a combination of factors - a seasonal lull, a misunderstood theme, an odd preoccupation by some commenters regarding component art, but primarily (in my opinion) the poor tax posture in which it would have left the publisher.  Designer Nat Levan explored some of their lessons learned in a frank blog post shortly after the cancellation.  Meanwhile, DHMG re-launched the "New Bedford" Kickstarter this summer, and the re-tooled campaign succeeded admirably.

Happy Mitten Games did a yeoman's job of establishing a social network presence prior to the Kickstarter campaign to fund what was to be their first publication, "Aether Magic" (designer Matt Worden).  They'd also secured artist Jacqui Davis, a proven talent in previous successful games whose style seemed tailor-made to Matt Worden's re-themed design.  By all indications, the game tested well and represented a solid, innovative entry into the fantasy set-collection game catalog.  Yet despite securing 13% of their goal on the first day of the campaign, its funding lost all momentum, and Happy Mitten was forced to cancel in the final hours after achieving only 37% pledged of their $25,000 target.  Their own reflection on the reasons for not funding seemed to go no further than to recognize that demand did not suffice for taking the game to production.  In the absence of identifying underlying, correctable causes for the low Kickstarter response, they opted to relinquish the design back to Matt Worden and investigate a different focus for HMG.  The company has since re-directed its efforts to its strong suit - its social media presence - and just completed a successful Kickstarter campaign that funded over twice its $1200 goal to underwrite the third season of its podcast. 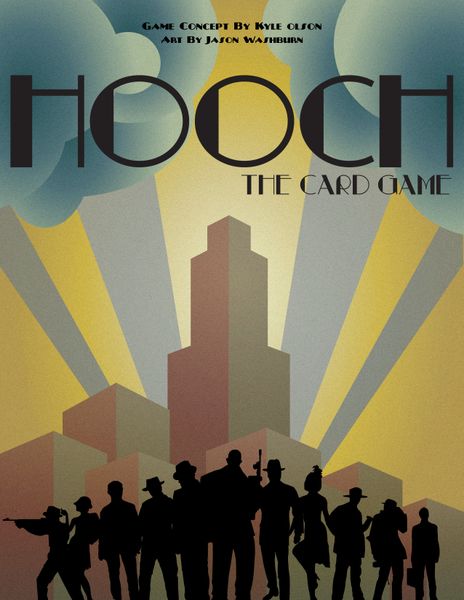 A game that seemed to get a fair degree of buzz on the podcasts I frequented last fall was Hooch (Kyle Olson, Jason Washburn).  This Prohibition-themed card game showed promise in terms of concept and atmosphere, but after the first eight days of the campaign, backing was fairly lackluster, and the project ended after achieving only 28% of its goal.  This October 2014 campaign was not the first attempt to fund "Hooch."  Kyle Olson had launched a previous Kickstarter in September 2013 that similarly failed to develop a backing; during its mid-campaign slump, it lost one backer for almost every new backer that pledged.  (Thanks to Joe Duffy for reminding me about the Hooch campaign.)

A project whose cancellation came as a surprise just $1800 shy of its $15,000 goal was another underworld-themed game, Snitch (Karl Fenner, Common Man Games).  Now, despite an understated kick-off and a slow start, there seemed to be a lot of buzz during its campaign in the spring of last year.  When the project was cancelled, backers voiced considerable interest in a re-launch.  Common Man Games recently updated their "Snitch Relaunch" web page as well as a bgg thread, which indicate that the publisher is committed to the future of the game, though he is unable to establish when that campaign will be.  Based on various updates, Snitch! appears to have been out-prioritized by all the work associated with the second edition of Police Precinct as well as other commitments.  So the future of Snitch is distant, but still promising. 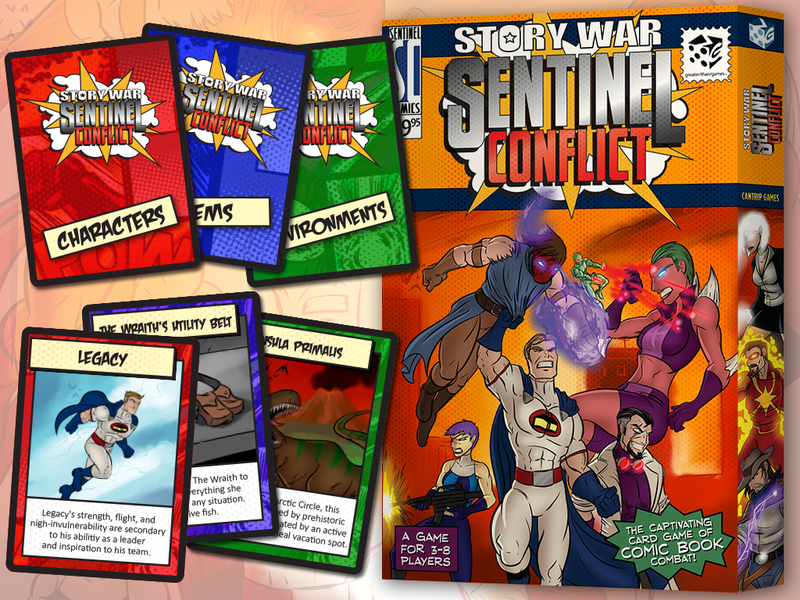 Greater Than Games has a strong track record in its core genre of story-based comic book games, including its flagship Sentinels of the Multiverse, so the announcement of the Kickstarter for Story War: Sentinel Conflict described a project that was right in the company's wheelhouse.  And indeed the initial support seemed to validate the concept, with over 50% funding just four days into the campaign.  But daily support waned soon thereafter, and GTG cancelled the project three days before the end of the campaign at 70% funding.  The final update to the project made clear that the company learned a great deal from the project about the actual market level of interest in a Story War format for the Sentinels universe:  "Story War is not a direction people are interested in seeing the Multiverse go" - despite anecdotal interest for some kind of Sentinels comic book.  GTG has since taken the concept in a different direction, in a collaborative effort with Critical Hit Studios to develop a Sentinel Comics role-playing game for release next year.

Projects that other people expected to fund that didn't 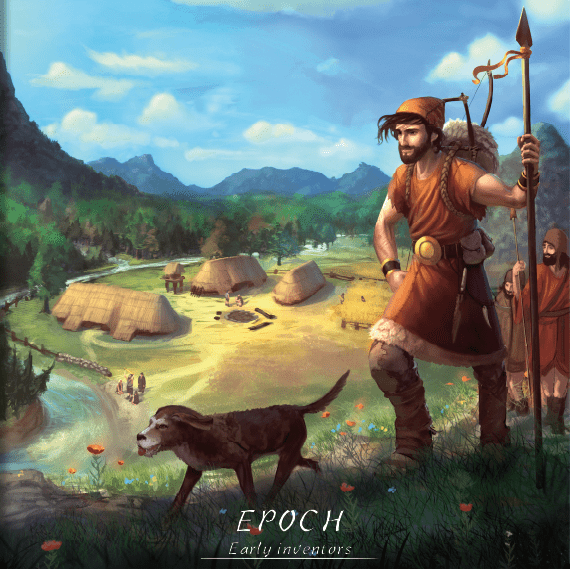 New Bedford designer Nat Levan called my attention to Epoch - Early Inventors (by Martyn F., designer of Cities and the award-winning Limes).  Epoch had achieved only 19% of its funding two weeks into its four-week campaign when Martyn F. cancelled the project last May.  His explanation centered on his dissatisfaction with "the overviews, i.e. the way of presenting the information you need to play this game as effortlessly as possible."  That seems an odd reason to cancel an entire project - inadequate funding seems to have been a more compelling cause - but it remains to be seen what will become of this game.

Go Halves on Games suggested I look at Sicilia, designed by Adam Morgan for Pixid Games.  A 2014 ION Award nominee, its campaign last March lost momentum after the first week and topped out at 30% funding after 30 days.  Its website shows some fairly astounding graphic design and art by Lance Oscarson; there is no doubting its tabletop visual appeal.  The comments on the Kickstarter page suggest that this project turned into a learning exercise for its creator, judging by the litany of recommendations to improve the campaign (and relatively few comments on the game itself, which earned critical praise).  Despite optimistic resolutions to re-launch, there has been no sign that the publisher is gearing up for another funding campaign. 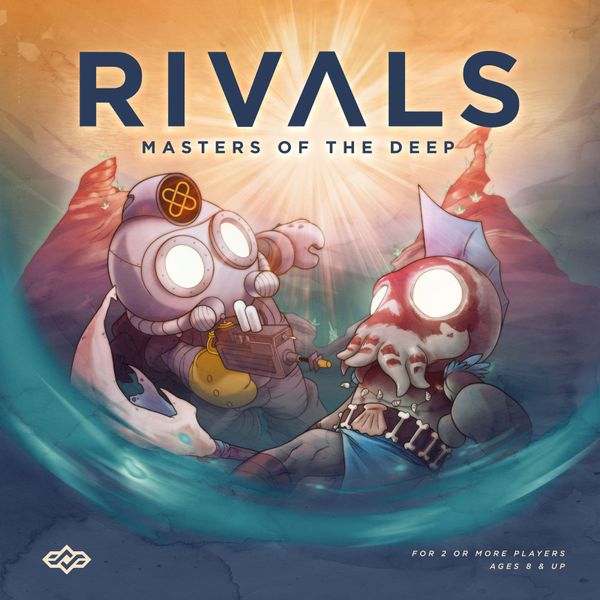 So it would seem that the rash of withdrawn pledges I noticed last summer were associated with GenCon as well as some blockbuster projects that may have attracted funding away from smaller independent games.  It might be worth a follow-up to my earlier seasonal analysis to see whether GenCon is a repeat offender (or, as someone speculated, a Reaper Miniatures campaign).
Close calls: Projects that funded late in the campaign 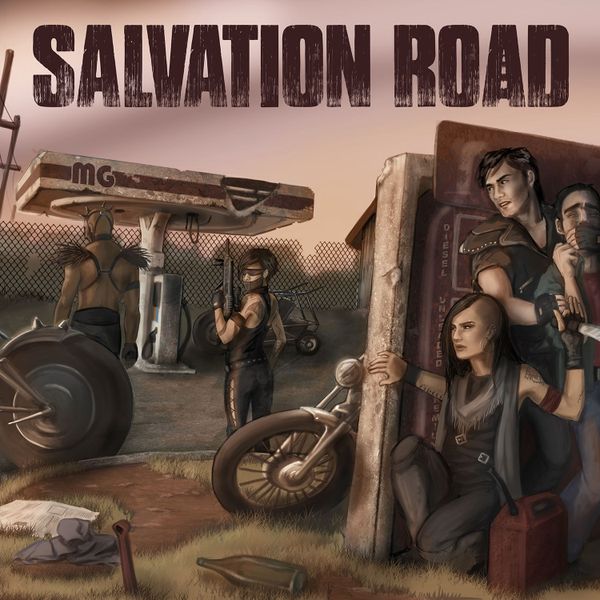 I have a confession to make.  I started to assemble this blog post when I thought Salvation Road (designers Peter Gousis and Michael Kelley, publisher Van Ryder Games) wasn't going to fund.  I thought we were seeing a trend of missed opportunities on Kickstarter and that SR was going to be the next victim.  But it didn't happen that way, thankfully.  The project picked up over $13,000 of funding - 36% of the total pledge value - in the last four days of the campaign.  While it's not unusual to have a late surge in the last 48 hours, SR had followers on the edges of their seats until the final two days.

Golem Arcana (Johnson, Mulvilhill, Poel, Weisman - Harebrained Schemes) struck me as the kind of gaming innovation for which Kickstarter is tailor-made - an imaginative, high-risk project that a major publisher would not typically underwrite.  The prospect, though, of achieving half a million dollars in backing seemed Olympian in scope.  The final week of the campaign was truly tense, but a surge of $128,000 in pledges over the last three days pushed the project over the top and allowed this imaginative concept to become a reality. 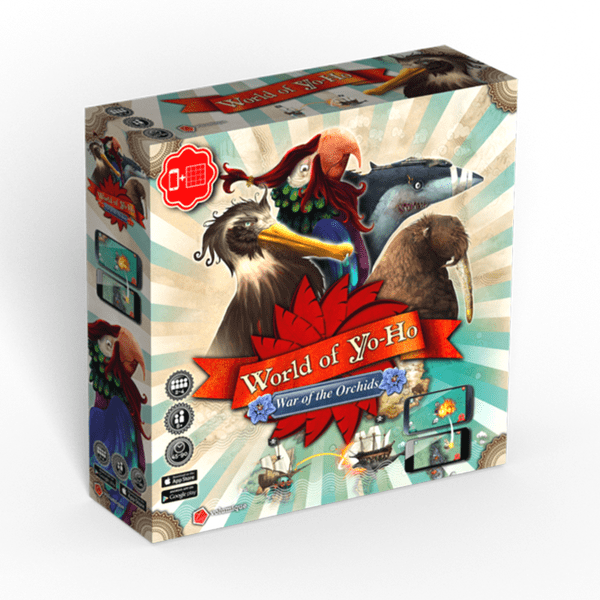 When it comes to game theme proliferation, pirates seem to be the new zombies, and World of Yo-ho (Iello) joined the trend last November.  The middle third of its campaign was fairly lackluster, with single-digit backers on a daily basis, and it was not trending well.  But like the Little Engine that Could, its backing continued to chug along and gained momentum in the last ten days, over which it accumulated an impressive $20,000 to finish at 110% of its funding goal.

I'd heard of Swinging Jivecat Voodoo Lounge (Seth Roback, Game Designers Clubhouse) on several podcasts and at UnPub, and by all accounts, this imaginative, wildly themed project (complete with martini glasses and monkeys) deserved to be funded.  Its $33,000 goal, however, appeared to recede out of reach about halfway through the campaign.  But the daily backing remained respectable, and a strong showing in the last four days allowed the project to hit its goal in the last 29 hours. 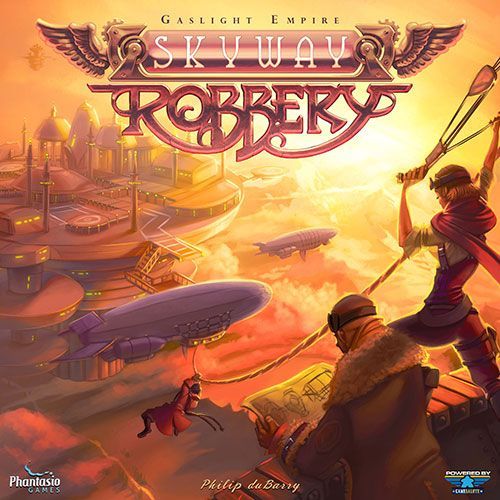 Just a week before the end of the campaign for Skyway Robbery (Philip duBarry, Game Salute), backers were withdrawing pledges, and as late as four days before its end, progress looked very bleak.  In the last three days, however, 200 backers came forward with over $10,000 in funding to finish the campaign a scant but sufficient $121 over the funding goal of $30,000, one of the narrowest close calls in recent memory.

Conclusions
It's difficult to generalize the reasons for the narrow success or inexplicable failure of a quality game to hit its funding goal.  Although Jamey Stegmaier has written volumes about the factors that go into a successful campaign, I suppose that ultimately the fate of a project depends as much on the behavior of hundreds or thousands of backers as it does on the preparation and management by the project's author.   The phenomenon is baffling in many ways.  It's interesting and illuminating, though, to look back over these case studies and surmise why things went the way they did.
Posted by Paul Owen