I've been giving some thought as to how to streamline "East India Company."  There are a few approaches I can take.  The scientist in me wants to make one change at a time and test each change independently.  I've heard at least one designer specifically recommend that approach so that you always know the effect of each specific design change.  But my gut tells me to identify the essential core elements of the game, eliminate everything else in one big purge, and then see if anything should be added back in, painstakingly, one element at a time.

It's hard to decide which approach is right.  The scientific one-change-at-a-time approach is the most logical.  But I feel as though my progress would be slow, since my playtest opportunities are not frequent.  The impulsive slash-and-burn approach might get me closer to the right answer faster, but I know from past experience that overpruning can kill a game.

I also got some recommendations from Aaron Honsowetz, co-designer of the economic game "Post Position," so I included some of his thoughts in my exploration of options, below.  Many of them were in line with my thinking; a few represent a different perspective. 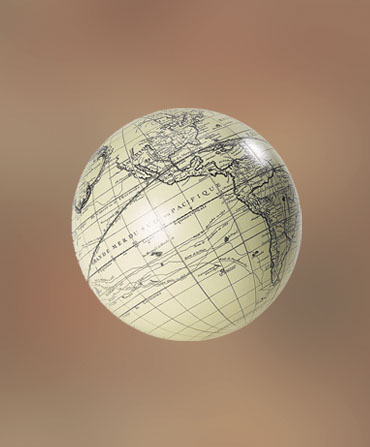 For those familiar with "East India Company," the things that are essential are pretty obvious:

Maybe the start player bid isn't so obvious, but because profit depends on demand, and demand falls as players unload goods, turn order becomes very important.  So I consider the start player auction a core element of the game.  I'm also thinking of simplifying the bidding process.  Instead of a standard auction, I'm thinking I'll adopt the Spartacus method of simultaneous blind "best and final" bidding.  I would have the incumbent start player break ties.  I might add one modification - that if the winner overbids, he only has to pay one coin more than the second-highest bid.

Aaron H. disagrees with me on the expendability of the start player auction.  Although it adds strategic interaction, he doesn't consider it critical to the game and would recommend removing it.

Here are the elements I would remove:
First, I think using timber to build ships is definitely an unnecessary option that I can safely delete.

Pirates are fun, but they're just a negative complication.  Aaron recommends keeping them but simplifying the insurance calculation.  He recommends a clever counter mechanism that makes the insurance pay-out much easier to determine.  As an alternative, he further suggests that I could get rid of insurance altogether to simplify the game even more.  In my experience, though, piracy without insurance makes the game too "swingy," too subject to fate (or at least makes the consequences of realized risk too great), so if I get rid of insurance, I'm going to get rid of pirates altogether.

Tariffs are really just chrome, just one more thing to spend money on to influence the game.  Aaron suggests the same kind of Spartacus auction mechanism for tariffs that I describe for start player, above.  But we both think that they could be eliminated altogether.


I've had several playtesters suggest that dividends were unnecessary as well, so I think I should listen to those comments and try the game without them.  Aaron agrees.  As an alternative, he also suggests making dividends mandatory, such that failing to pay dividends costs negative points, to reflect unhappy shareholders.  That was actually the original concept in the game, which I subsequently refined to the existing dividend bonus point track as a simplification of that idea - more of a "keeping up with the Joneses" motivation rather than "appeasing shareholders."  In the final analysis, though, dividends are certainly a candidate for deletion.

It's very difficult for me to remove loans, because I consider them a big part of the game tension.  If I find that the game is less fun without them, they will be the first thing that I put back in.  Aaron recommends keeping the loans but removing the interest payments.  Given that each loan has a higher "initiation fee" than the one before, that might be a workable idea.  The downside I imagine is that it would motivate players to take an optimum number of loans in the first turn and then hold them for the entire game, to pay them off in final scoring.  The original idea of the loans was to introduce the "time value of money" as a factor, which is why I would prefer to keep the interest payments; but they have become something of a burden in terms of gameplay.

Another change I'm considering to shorten the game is to remove the Caribbean colony from the map and remove the three Caribbean tiles from the bag.  Game end would be triggered when six (rather than seven) colonies have two tiles each or three (rather than four) colonies have three tiles each.  That should shorten the game by two or three turns and also cut back on the amount of low-value commodities in the game.

Those are my current thoughts, and the more I consider my options, the more I think I will make the drastic cuts for my next playtest, rather than just trimming one thing at a time.  We'll see how that goes.
Posted by Paul Owen