Last February I mentioned that I'd submitted a prototype of "East India Company" to a publisher at UnPub 4 to evaluate for publication.  I just heard back from them, and they


do not find it to be a good fit for our upcoming releases. At the end of the day, the play time and complexity does not create a conducive product for a broad success, as the trends are leading away from complex play and longer play times.

I can certainly accept that evaluation.  Game length has been a challenge with "EIC" since its inception, and it certainly is complex.  Given the nature of today's game market, I agree that its appeal as it currently stands would probably be somewhat narrow. 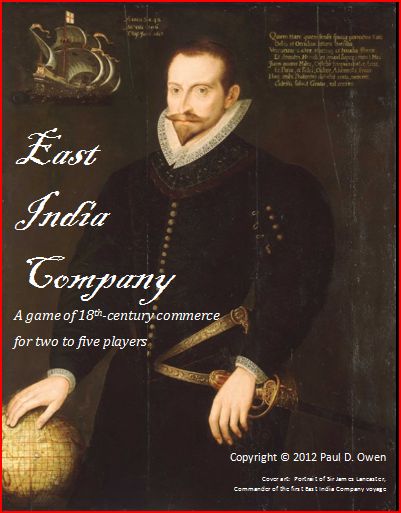 So what's next for "EIC"?  I think I might need to put away the nail clippers and bring out the pruning shears.  I have to revisit some of the playtest comments I've received about things that could be cut out of the game.  I have some ideas of my own as well, and I think I need to look really hard at which parts of the game contribute to its core essence and which parts are really more chrome than structure.  For example, Ben Rossett suggested at UnPub 3 that the Dividend Bonus Track is an unnecessary element that a player could safely ignore and still win the game.  My wife Kathy recently suggested deleting it as well, so that's probably at the top of the list of things to cut out.

Kathy had another good idea, though.  If there's a way that I can "unplug" those inessential "chrome" elements and set them aside, then I may be able to create a shorter, simpler "EIC" for broader appeal and still preserve the original "meaty" version as an expansion for the heartier gamers.
Posted by Paul Owen