Can one house rule make an old game new again? 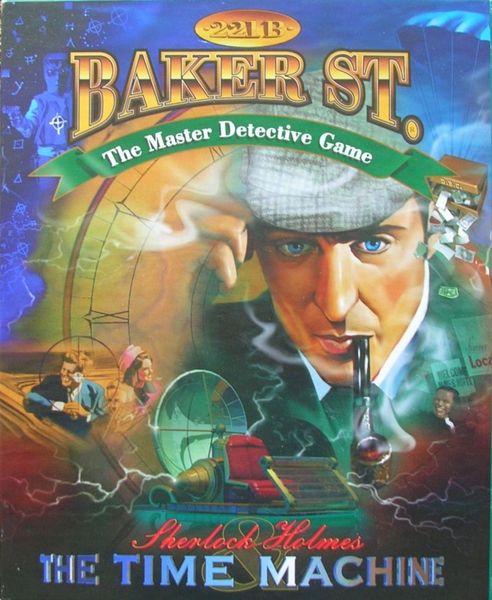 Replacing the dryer with one that was two inches wider led to having to move a shelf unit.  Which meant unloading all the old games from the shelves.  Which meant going through all the old games and deciding which to keep and which to dispose of.  Which meant rediscovering games that perhaps deserved a second look.  Which led to trying a 20-year-old game that I'd picked up at a PrezCon auction thinking my wife would like it but never actually played - 221B Baker Street: Sherlock Holmes and the Time Machine (designer Jay Moriarity, publisher John N. Hansen Co).

The game includes 20 different mysteries that appear to be actual historical cases (hence the loosely-applied "time machine" theme).  My wife and I played the first one, The Mystery of the Black Dahlia.  We read the opening story introduction and then raced among about 20 locations to uncover clues and determine the four elements of the crime - the killer, the motive, the weapon, and the victim's secret.  The first of us to solve the problem and then return to the "time machine" (the space in the center of the board) would win the game.

What I appreciated about this game over all other "deduction / crime-solving" games is that the game does not abstract the mystery among a set of discrete options with a process of elimination in the way that Clue, Alibi, and Mystery of the Abbey do.  All the elements require some degree of actual reasoning and inferring logical conclusions from available piecemeal facts as they emerge.  Even the opening story hints at which locations on the board might provide significant early clues.  There is a real tension in trying to tie the evidence together and make sense of it before the opponent does.

The only interaction among players is in the use of badges (locks, really) and keys.  Each player may hold at most one lock and one key, and starts with one of each.  Upon leaving a location, a player can leave a lock on the door, which requires an opponent to spend a key to enter the location.  More locks are available at the FBI Building (we're not in London any more) and keys at the Locksmith.  In a two-player game, this interaction doesn't amount to much, other than to slow down an opponent from discovering a valuable clue (or to bluff as to the significance of a location).  I can imagine locks and keys getting a little more activity with more players.

The weakness in the game is that like Clue, the game forces players to roll a die and move on a grid to get from one clue-revealing location to another.  A sequence of bad die rolls can leave a player with several consecutive unproductive turns. And the movement decision is not generally arbitrary.  Clue distribution among the locations appears to have at least some significance to the locations themselves.  Sometimes clues refer to other locations.  So there is some real reading between the lines when deciding where to go next.  Depending on die rolls becomes all the more bothersome when movement is so crucial to the process of solving the crime. This adherence to an obsolete mechanism would hold the game back significantly - if it were not for one fortunate aspect of the game board design. 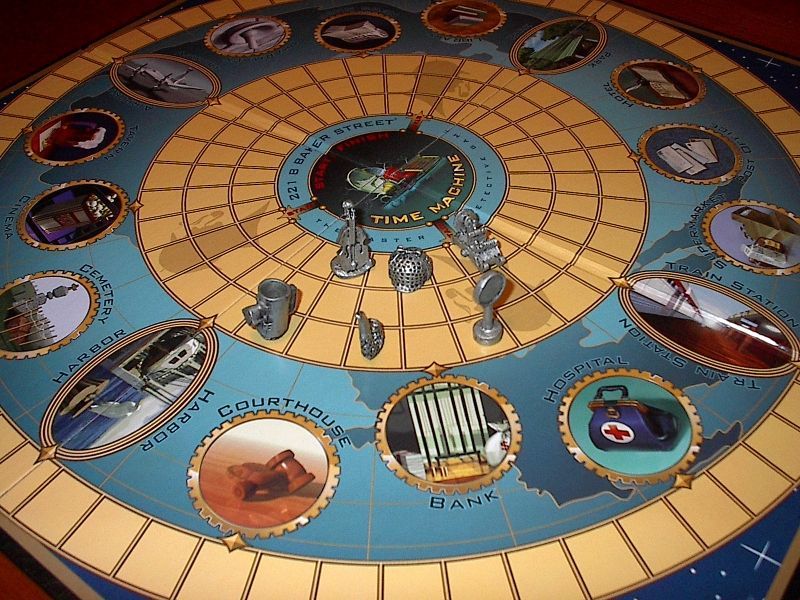 Every location on the board is exactly six spaces from at least two other locations on the board.  That means that on a roll of six, a player can simply decide to which nearby location to move next and read the corresponding clue.  The simple and obvious solution to getting bogged down with die rolls between rooms is not to roll the die at all but allow players to move six spaces every turn.  Then area movement rather than roll-and-move governs the game (perhaps more in the manner of Mystery of the Abbey), and the board becomes a simple network of locations in which each move is a commitment toward one part of the board and away from another.

One reviewer actually suggested this assignment of six spaces to every roll.  I'm convinced that it will speed up play and eliminate the caprice of dice luck.  Kathy and I are looking forward to our next play of this game sans dice.

Email ThisBlogThis!Share to TwitterShare to FacebookShare to Pinterest
Labels: Clue