Plenty of people have plenty of gift ideas for the holidays, so rather than compile my own list to add to the rest, I've assembled my second annual collection of holiday gift guides with recommendations from all over the blogosphere.  At the end, I'll highlight the most frequently recommended games from all these lists.

SAHMReviews posts a number of gift guides, including a couple of game-focused categories:

Board Game Family has posted eleven categories of gift recommendations: Theology of Games has posted a series of five gift guides:
Board Game Quest posted their recommendations in nine categories: 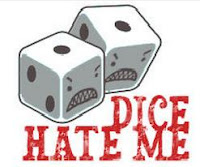 Dice Hate Me always has a unique take on gift categories:
Aint It Cool's Eric "Quint" Vespe buried his idiosyncratic game recommendations deep into his Part 2 of Holiday Gift Guides.  Search for "game section" to jump straight down to the boardgames.  He has a fascination with IP-themed mass-market games, from Back to the Future Monopoly to Star Wars Sorry.

Anton Olsen from GeekDad returns this year with a full slate of 19 game recommendations.

And Jenny Bristol from GeekMom returns as well with her own 13 recommendations.

So among these lists, almost 190 different games are recommended, of which a few received multiple mentions.  Here are the most-frequently recommended games: