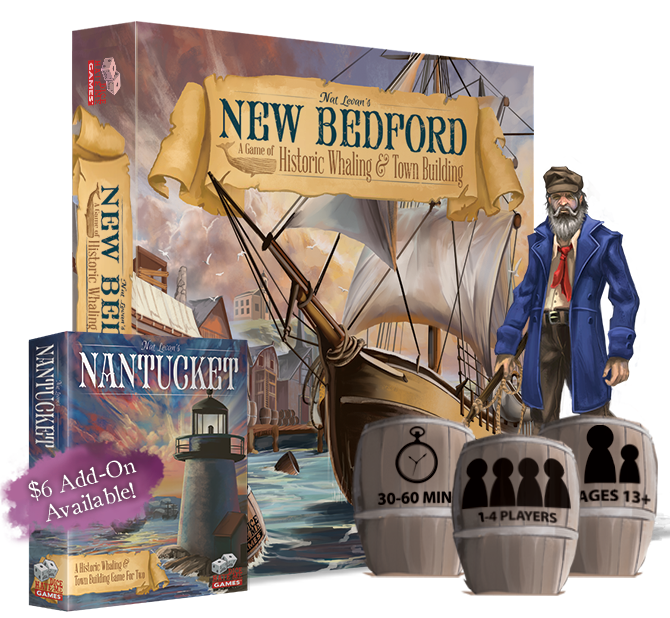 This week I happened across an old State of Games podcast in which Chris Kirkman, Nat Levan, and the Dice Hate Me crew discussed the potential backlash from Nat's whaling-themed game, New Bedford.  The discussion addressed why people might have difficulty with a game based on hunting and killing whales.  For my part, I'm very fond of the game, and I think its historical setting and the chit-pull mechanic that models the depletion of the whale population lend the proper respect to the topic.  In short, it's not a controversial theme for me.

I've come to realize, though, that pursuing the question of whether a given game has an inherently objectionable theme is futile and perhaps misguided, as if appropriateness or correctness is a universally-applicable standard.  Offensiveness is in the eye of the offended.  Some people will object to a game based on whaling and won't buy it.  That's okay.  Some people find the theme appropriate and will play it.  That's okay, too.

I enjoy wargames, but I know someone who stays away from them on the principle that war is inherently destructive, so that games based on war are inappropriate.  I respect that, and he respects my enjoyment of them.  Years ago, people objected to Dungeons and Dragons because they felt that its focus on magic, demons, and undead was spiritually compromising.  That's okay.  I don't have an issue with the "colonists" in Puerto Rico that would historically have been slaves.  I don't feel compelled to argue with someone who objects to a genre of game I enjoy.  I respect the fact that they don't like it, whether or not they respect the fact that I do.

There are a few games I won't play.  I will stay away from Letters from Whitechapel because one character takes active steps that represent the violent assault and murder of women.  I won't play Nuclear War because the satirical humor doesn't overcome the cards representing the annihilation of tens of millions of people.  And I find Cards Against Humanity and Lap Dance simply in poor taste.  But I recognize that people like those games.  I don't start arguments over them.  I just don't play them myself.

So ultimately my thesis is that there are enough games in the world that everyone can find something that they enjoy, and there are enough people in the world that different people will feel differently about different themes.  Some people will object to some topics in some games.  We don't need to argue about which are acceptable and which are not.  We only need to respect each other as gamers, and to find a game that everyone around the table will play.