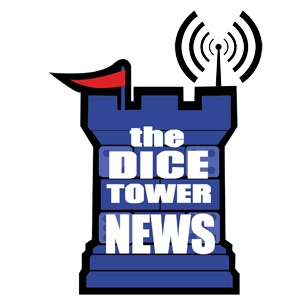 Last June, on the Dice Tower Network, podcaster Remy Gibson signed off his 150th and last episode of "Dice Tower News."  He mentioned that he and Tom Vasel hadn't found a replacement, so it looked like there wasn't going to be any more DTN after that episode.  Well, as it happened, I'd been wondering in the back of my mind for several weeks about whether I would enjoy podcasting, but I didn't want to get into an hour-long format like so many popular shows do.  I liked Remy's ten-minute three-times-a-week format, and I thought it would be fun to do a news spot like that.  So when the opportunity opened up, I decided to contact Remy and Tom and see whether I might be able to step up and do the show.

As it happens, I wasn't alone.  Four of us were interested in doing DTN, so we started working out how we could split out the workload and make it easier on all of us.  One of us had to bow out, but then another joined in, and we settled on a format that we started this week.  The pattern is the same as what Remy had worked out for his show, but we split the responsibilities among ourselves:


Joseph kicked it off on Monday, and we've each now done our premier episode, including mine today.  It's a lot of fun and, I hope, informative to those listening.  The Dice Tower News podcast is available on boardgamegeek as is a separate geeklist of show notes listing games we discuss.

I have the greatest regard for Remy G. for maintaining the schedule that he did.  As it happens, he hasn't stopped podcasting at all; he's just switched over from DTN to doing "Top Tens" in which he reports on trends in pageview "hotness" on boardgamegeek and other interesting focus areas.
Posted by Paul Owen