The Russian Campaign - Session report from the front

To commemorate the 22 June anniversary of the beginning of Operation: Barbarossa (when Germany violated its non-aggression pact with the Soviet Union and attacked Russia to open the eastern front of World War II), my friends Grant Greffey and Paul Rice got together for a game of The Russian Campaign: Fourth Edition (designer John Edwards, publisher L2 Design Group). 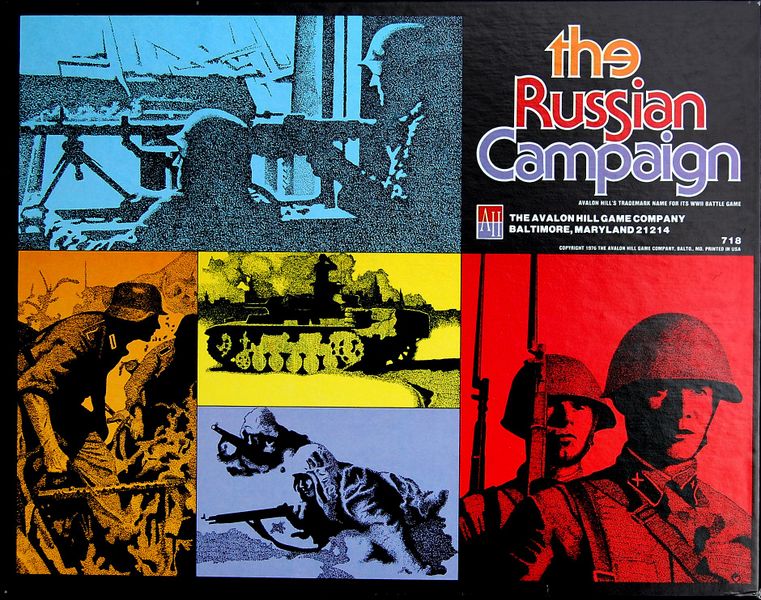 I first discovered TRC in its Second Edition under the Avalon Hill label.  John Edwards won the 1976 Charles S. Roberts Award for Best Strategic Game for his original version of TRC.  It was, to me, radically innovative at the time in the development of operational wargames.  When I first read the rules to TRC back in the day, my mind was blown by the "second impulse" move and attack concept.  It was revolutionary to me, and I had a very hard time accommodating it in my strategic thinking.

I have only played the game a few times, but it is a great game and worthy of more attention.

Paul emailed me a session report that I have posted below.  It is helpful to understand the cast of characters as follows:
German player = Grant Greffey = von Grantelstein
Russian player / narrator = Paul Rice = Comrade General Paulkov

Subject: The World Will Hold Its Breath

Okay, I suppose it falls to Comrade Paulkov to describe Friday night's events.
First, the game itself. I had never even seen The Russian Campaign before, just a page in a catalog. Grant has version 4, now produced by a company named L2. TRC was once an Avalon Hill (AH) game. This is a great game. 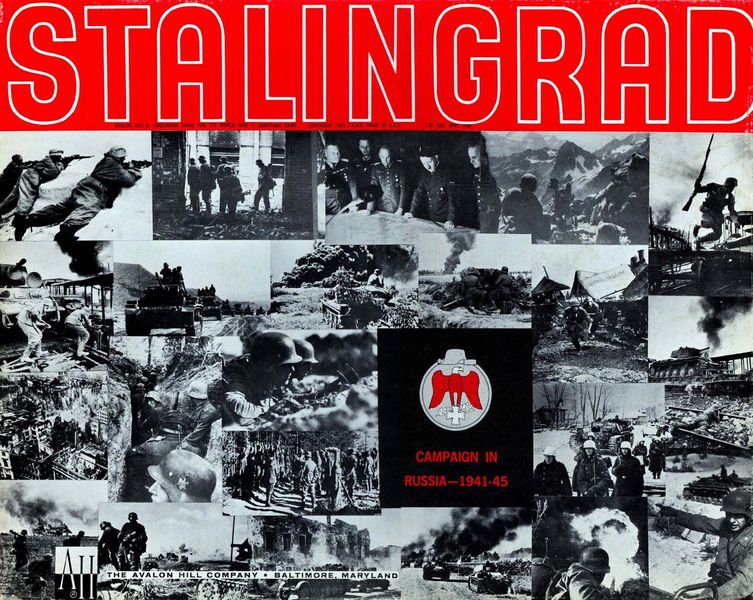 There is little mistaking the designers used the old 1960s AH game Stalingrad [designers Lindsley Schutz and Thomas N. Shaw] as one of the basis for TRC.  Stalingrad was a good game, and is still a good game for introducing new players, but is outdated.  TRC (version 4) adds considerable realism, at the cost of playability and ease of understanding: air power, sea transport, dual impulse moves, two more terrain types, realistic initial deployments, partisans, paratroops, and a much better combat table. There are two types of supply, and the first Russian winter is brutal on the German supply situation. It also expands the map a bit. Each turn is two months, and units are corps and army level. The game has at least three scenarios and a campaign game. In honor of the 71st anniversary of Barbarossa, we played Barbarossa. There were plenty of optional rules. My mind was already reaching overflow, so we played with none of those.

This is not a game for a beginning wargamer. But an experienced wargamer can learn it in about an hour. My brain never quite reached overflow. After Paulkov deployed a defensive line, von Grantelstein studied his problem. This gave me a chance to actually read the photocopy of the rules Grant had made, whereupon I realized the double impulse concept meant Grant would get two moves before my first. As Grant had not yet deployed, he was gracious enough to allow me to redeploy a handful of second line units. Even while deploying, before game start, Comrade General Paulkov cursed Stalin for purging the army of all its leadership.
It will come as no surprise, on the first turn, von Grantelstein blew open a hole in the Soviet line wide enough for your grandmother and about a million of her German friends to drive through, in what was German Army Group Central, just north of Minsk.  Before the Russians even got their first turn, von Grantelstein had blasted through my lines, encircled my units, driven his panzers as far forward as possible, and left his heer to mop up. I complained, "What is this, some kind of blitzkrieg?" He was on the outskirts of Vitebysk! Bozhe Moi!

Before the Soviets even got their second turn, von Grantelstein and his army of wiener-eaters were in Smolensk! Throughout most of Russia, restaurants changed their menus from borscht and potato soup to sauerkraut and bratwurst. The Germans had even outrun their beer supply and were forced to drink vodka! In the Kremlin, many pistols were placed to temples, and the price of cyanide skyrocketed, even though communist economic doctrine insists it should remain constant.

Paulkov spotted a weakness in the Deutch lines, where I could drive SW to the Pripyet marshes and cut off his lead panzers in Smolensk!  Ypa! But what good would this do me? He would just push his panzers further forward, and his infantry would follow up and wipe out my offensive! Was there no way to stop this blitzkrieg? Restaurants in Moscow began printing new menus. Stalin had the bureaucrats of restaurant planning and menu printing shot.

In the Soviet center, the marshes and mountains were an obstacle, and the Germans just ignored this area. In the north, Paulkov fell back to a nice line on the Dvina river. In the south, the Germans took river after river, Odessa, and threatened Sevastopol, Dnepropetrovsk, Rostov, and pretty much all of the USSR until the Pacific.

However, Paulkov decided von G. had overextended himself here, in the south, and this was the place for a counterattack, to remind the Deutsch, "in Russia, bear eats you." Paulkov envisioned a combined arms approach of land, sea, and air, with the choreography of a Tchaikovsky ballet, to cut the entire supply line of von G's southern armies and starve them to death. It didn't quite work out that way: the partisans fizzled in the face of young panzergrenadiers, the paratroops had a C&C problem and never jumped, but we did travel by sea to reinforce Sevastopol, and the counterattack west from Kiev was a resounding success, cutting his rail lines.

Meanwhile, closer to the Kremlin, Paulkov also counter-attacked at Smolensk, taking Von G and the Blitzing Machine by surprise, and was successful. (Grant's later counter-counter-attack was also successful.)
And then, the Russian winter set in. Laughter was heard all the way from Paris as Napoleon's corpse let out a few last laughs. In the south, Von G made some desperate attacks to restore his supply sources, and failed. And with that, his entire southern army starved to death. Paulkov planned for a great winter advance in the south. Von Grantelstein offered to concede. Paulkov assumed this was some sort of von Ribbentropp article of duplicity, and continued planning the great offensive. Von G grumbled a few times, "... no point...".

I looked up from the board. "Are you serious? About conceding?"

And so Mother Russia was saved from the western decadence!
Grant rolled a bunch of ones. He described it as craptacular. I wouldn't go that far, his dice probably balanced out, but he did have a tendency to roll 1s on the important battles, and waste his 5s and 6s on minor battles. However, it wasn't by luck I eliminated his southern army. I spotted his weakness, made about a five pronged assault with the full intent of cutting his supply lines and starving his units, just in time for winter, and with some difficulties, succeeded.
This was a great game! Each turn I was faced with difficult, realistic decisions, some of them agonizing. Grant was faced with equally difficult decisions. The decisions were about whether to advance or hold ground, which direction to advance, whether to retreat or hold ground, where to reallocate forces, where to attack, etc.  Grant and I will rematch this game again!
Posted by Paul Owen