My wife asked me what I wanted to do for Father's Day, and the answer was easy:  I wanted the whole family to playtest my game design work-in-progress, "East India Company."  So this afternoon was the first true playtest of EIC with real people.

EIC involves loading money on ships, sending them to far-flung colonies to buy products, and then sailing them to another location to sell for profit.  Early on, only a few colonies produce only a few things, and the only market at which to sell them is Europe.  Generally, the more distant colonies produce the more profitable goods, so there is something of a trade-off with respect to profit vs. opportunity cost. 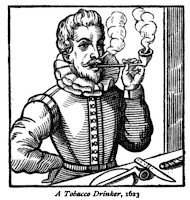 One fear I had in the early design stages was that the game was too linear and that a few basic strategies would dominate the game.  That didn't turn out to be the case at all in our playtest.  My youngest son took the short route to West Africa, bought tobacco there, and sold it in Europe for a modest profit.  The up-front cost was so low that he could afford a second ship, and before long he had a tobacco profit engine going as a reliable source of income.  My wife went for the long-haul big-money strategy.  She sent a ship all the way to China for a load of spices.  Unfortunately, she ended up without enough capital to send a second ship anywhere else, so she spent a good part of the game (eight turns) waiting for her China spice ship to come in.  I took the middle ground, picking up ivory in East Africa.  My 16-year-old was the big gambler; he took out a loan, invested in new colonies, and levied tariffs all over the trading world trying to make money off other traders (or else keep the best markets for himself).  So I was very gratified that the system motivated multiple approaches.

I found a number of significant (but not back-breaking) flaws and took a lot of notes.  Perhaps the biggest was my wife's down-time waiting for her slow boat from China.  All of her capital was tied up in her Chinese venture, and because it took so long to make the round trip (and no other spice markets opened up until late in the game), she didn't realize her profit until halfway through the game.  Until that happened, she was just passing in every Market Phase, unable to take any other Market actions while we were all loading and unloading ships in ports closer to home.  Now, admittedly, an option she chose not to exercise was to take out a loan from the European banks and finance a second ship to develop an income stream.  She took a conservative approach in that regard, and I wonder whether loans are too burdensome to motivate borrowing.  It's hard to tell whether the game is flawed, or whether I just need to tweak the risk-reward balance so that players may reasonably finance trade ventures if the profit margin outweighs the interest.

I also had a few physical lessons learned, just in terms of game piece sizes and how they obscure information when placed on the board with each other.  Levying a tariff involves placing a poker chip and a player marker on top of the colony commodity tile; that placement prevents reading the tile without moving the tariff marker.  Also, the ships were so small relative to the poker chips that it was hard to tell the nationality of any ship with money on it.

All of us were reluctant or unable to build any ship bigger than a brigantine (the smallest size) until very late in the game, at which point the money invested in a bigger vessel is unlikely to be made back before the game ends.  I think I need to make ships easier to build.  Part of the issue in this particular session is that so few colonies produced timber, normally the most common product of all.  And cheap timber facilitates inexpensive ship construction.  In fact, six of the seven colonies could produce timber, but only one timber production tile came out during the game.  So timber was less common in our session than it would normally be.

But that uncharacteristic scarcity of timber actually evinces a strong positive feature of this game.  Tile draws determine which colonies produce or consume which goods.  I think the game gets a lot of replay value from the different trade relationships that can develop among the colonies.  In our game, it happened that China produced spices and consumed tobacco.  So we found great profitability in sending a ship to West Africa with just enough money for a load of tobacco, which it would bring to China and sell for more than enough money to buy a load of spices, which in turn brought a hefty profit back in Europe.  The net profit margin for the entire trip was therefore enormous.

I had some ideas for player's aids as well.  Some mechanics (especially declaring dividends for bonus points) seem more complicated than they need to be, so I should rework those for smoother execution.  And the early game seemed (to my family at least) to be very slow, only to end abruptly just when it seemed to be really picking up steam.  So I'll probably adjust the starting conditions and game end triggers.

But the great thing about the whole experience is that my eleven-year-old said several times afterward, "I really like that game," all the more gratifying after his early-game confusion and difficulty.  Once he got the hang of it (which really started to click for him when his tobacco route kept making money), he really enjoyed it.  I think everybody did, and I really appreciated their patience and willingness to be my Guinea pigs for an afternoon.  The bottom line is that I think the game is fundamentally sound and that I just have some adjustments to make to get it in good running order.

I'm very excited about where EIC is going.
Posted by Paul Owen