A weekend of gaming

On the occasion of our son's birthday, his good friend and his friend's mother Sue Cochran came to stay for the weekend.  The boys played computer and video games in the basement; we played boardgames in the dining room. 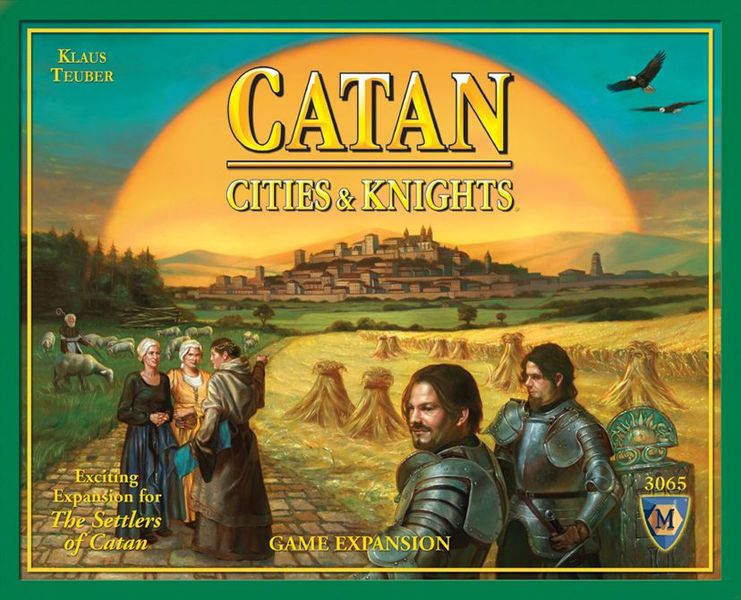 We started with Cities and Knights of Catan (designer Klaus Teuber, publisher Mayfair), a favorite variant on Settlers of Catan.  Although Catan usually remains close a contest throughout the game, this time my wife Kathy pretty much ran away with it by exploiting a very profitable wheat port.  She left Sue and me in the dust and won handily.

Sue had played Agricola only twice before and wanted to try it again, so we played the family version (without occupations or minor improvements).  Sue outscored both of us on major improvements with the well, the pottery, and a cooking hearth, and Kathy got her farm running strong on grain and vegetable fields, but I was the only one to renovate to a stone house, which proved to be the difference in my very close win. 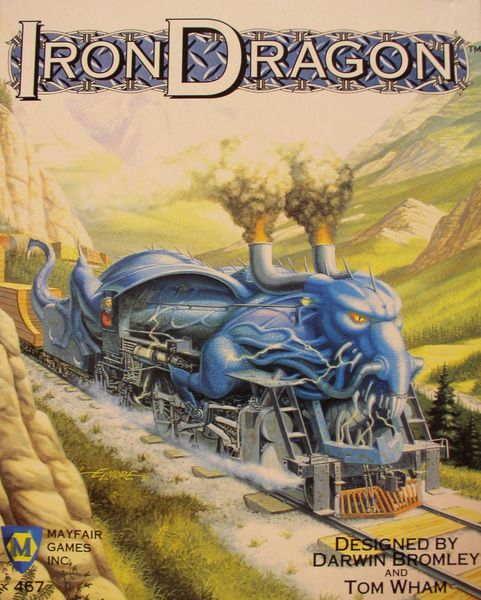 Sue next introduced us to Iron Dragon (designers Darwin P. Bromley and Tom Wham, another Mayfair title), which turned out to be the big game event of the weekend.  I read up on some of the reviews ahead of time, and a few comments were less than enthusiastic.  In the interest of simplifying the game somewhat and perhaps shortening the playing time, I convinced Sue to allow us to play without the event cards, which at least one reviewer described as randomly bad and not in general an improvement to overall gameplay.  She also agreed to make the "Rainbow Bridge" connection between Bluefeld and Octomare a permanent portal, which greatly simplified access between the new and old worlds in the north.  I can see that some fans of the game might think that we deprived the game of some of its challenge and flavor, but I think as an introductory session (in the context of wanting to play other games as well), the adjustments proved reasonable.

One reviewer expressed frustration at having to discard route cards frequently in order to find profitable assignments, but we didn't find that true in our session at all.  Admittedly, there were a number of times early in the game where it was necessary to spend more money building rail lines than would be collected in the final shipment, but I considered those costs to be an investment in infrastructure.  Many of the rail lines built early in the game turned out to be useful for multiple subsequent shipments, as well as the basis for a more extensive network later in the game.  Seldom did any of us discard route cards (if at all) in our session.

In the end, I got to the point where I had enough surplus cash to extend my network to satisfy the victory condition of being connected to seven of the eight major cities.  After that, it was just necessary to complete several major shipments to reach a cash balance of 250 gold pieces to win the game.  All in all, I would say that it is a fun game, despite being a bit idiosyncratic in its design and execution.


We wrapped up with a game of Word Thief (publisher Outset Media), which my wife usually trounces me in.  I had a ridiculously good string of luck and managed to use all seven cards in three consecutive turns - a total of 60 bonus points.  I did win the game, but only by 27 points, which means that I needed two of those awesome turns just to keep my wife from crushing me.
Posted by Paul Owen

Email ThisBlogThis!Share to TwitterShare to FacebookShare to Pinterest
Labels: Agricola, Settlers of Catan