No end in sight

My friends and I played Axis & Allies: 1914 recently, and while I had fun, I was disappointed and irked about a fundamental design flaw in the game end conditions. The rules require one side to capture two opponents' capitals, of which one must be Paris or London (for a Central Powers victory) or Berlin (for an Allied victory). After five turns and eight hours, we had reached something of a stalemate - or at least a realization that the end of the game was still a long way off.

Two of the participants had played the game before, so I asked the question when we decided to call it: How often does an A&A:1914 game run to completion, as opposed to being called when the players were essentially tired of it or had run out of time? They estimated that nine times out of ten, participants agree to stop the game before victory conditions are achieved. In my mind, that observation indicates a poor game design - or at least, I should say that my taste in games does not easily accommodate a game that is so open-ended in its play duration.

As I think about my reaction to this game, I realize that if players are looking to spend an afternoon (or longer) building armies, pushing pieces, and rolling dice, well, this game provides that experience for as long as the players like - unless the play is so mismatched between Allies and Central Powers that two capitals on one side fall before the participants have tired of it. It's been argued that role-playing games are open-ended experiences, too, which is fine, if that's what you're looking for.

So what was I looking for? I think I wanted a finite, time-boxed experience. I wanted a framework in which to devise, execute, and adapt a strategy toward a resolution of success or failure. There are so many games available, and we have so little time to enjoy them along with all of our other commitments in the world, that I chafe at finding myself in an interminable and unresolved experience because a design team couldn't include a game-stop mechanism - or chose not to include one, or didn't think to.

In our exploration of games of strategy, I've come to value the nature of a game as an interactive decision-making framework in which players prefer some results over others and execute choices accordingly. Certainly we exercised that principle in the course of playing A&A:1914, but we did so under the assumption that we would reach a conclusion of success or failure - that we achieved the desired result or not. If I'd thought that we'd play for eight hours and not know whether we'd won or not, I wouldn't have cared about my decisions so much (except to be sure that I didn't lose in less than eight hours). 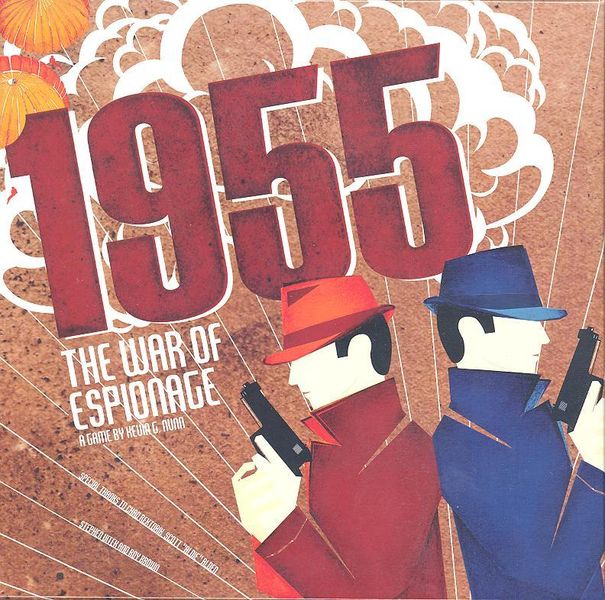 My issue here isn't necessarily how I spent my Saturday. My real issue is that I feel as though the designers left an enormous hole in the structure of the game that meant players could play indefinitely without satisfying the end-game conditions - or at least that it might take 16 hours to do so. More to the point, it seems as though the game depends too much on the nature of gameplay for it to resolve in the expected time. I wrote about a similar concern some time ago after playing 1955: The War of Espionage. That post mentions that the mass-market game Monopoly has this problem as well. If players never trade, never assemble monopolies, and never improve properties, then the net income among the players will be positive (primarily due to the $200 for passing "Go"), rents will never be high enough for any player to go bankrupt, and the game will never end.

I'm reminded of one of the improvements that Bang! Halo made over the original Bang! In the Halo version, players start with a fixed number of dog tags and win them from each other in combat. The game ends when one player runs out of dog tags. In itself that structure doesn't guarantee a finite game duration, but the fact that (1) players draw cards every turn and (2) whenever the deck runs out and is reshuffled, each player discards a dog tag means that the dog tags are guaranteed to deplete until someone runs out. The game can run at the very most four times through the deck, and rarely does so more than twice. This explicit run-out clock ensures that no matter how the participants play the game, they will finish in a finite amount of time.

Out of respect for players' time, I would like to see every game design (unless it is explicitly intended as an open-ended experience) to incorporate some kind of guaranteed exit ramp so that no players find themselves wondering when and how a game would ever end.
Posted by Paul Owen