Although Mayfair sold Catan distribution rights to Asmodee North America, they still carried a strong Catan presence, including a giant version of the game in the Mayfair event room.

My primary focus for Origins remained pitching "East India Company" to publishers.  Friday's interviews had come up empty.  For Saturday, I had already scheduled one pitch with a publisher, and that morning I approached another, based on a recommendation from Tom Vasel.  So I had lined up two more opportunities for publishers to evaluate "EIC."

The first pitch went well, and the publisher appreciated the nature of the game and some of the innovation in the colony tiles and the supply-and-demand mechanic.  Interestingly, though, he said almost verbatim what Richard Launius had said at UnPub 5 last year - that although the game made sense and seemed to work well, it needed a unique "hook," a marketing angle that would make the game compelling enough print 10,000 copies and sell them to worldwide distribution.  He felt that the game reflected some tried and true game mechanisms but lacked the hook that would make it unique enough to publish.

My second opportunity came later that afternoon.  The primary evaluator for the company was unavailable, but the company representative to whom I spoke agreed to hear the pitch to see whether "EIC" at least fit the parameters of the type of game for which they were looking.  The theme fit the company's line, the player count was right, and the complexity seemed in the right range, so she liked what she saw.  She asked for a copy of the rules to forward to their developers in Europe.  So with that, I'm half a step closer to another opportunity for a publisher to decide that they want "East India Company."

The Number 2 game on my acquisition list for Origins was Swinging Jivecat Voodoo Lounge (designer Seth Roback, artist Sergi Marcet, publisher Daily Magic).  Chris Kirkman has always spoken very highly of this game, so I've had my eye on it for a long time.  David MacKenzie, who was demonstrating Swinging Jivecat, said that the thirty copies or so they had on display were the last they'd ever sell; due to production costs, the game would not be reprinted.  Even so, I'd already hit my spending limit for the weekend, and a 20-minute run-through wasn't enough to convince me that I'd regret walking away from Jivecat (even with cocktail recipes on every card).

At the Passport Games booth, Keith Ferguson and I got a full-length demo game of Salem (artist Levi Hastings) by the designer Joshua Belvin.  I really liked this intense deduction game, rather in the style of Clue and Alibi, but with a lot more interesting logic.  The game seems best with higher player counts, though, so I'm less likely to pick it up right away.  All the same, it will be on my wishlist.

One of my favorite things about Origins was meeting people in person with whom I'd been interacting on Twitter, including Daniel Newman and Jordan and Mandy Goddard.  Daniel invited Mandy, Charlie Hoopes, and myself for a fun playtest of his prototype "Mech Chores" (retired mech warriors put to work in domestic service).  This was really fun, and I hope to hear more about it in the future.
Since I would be flying back to Virginia first thing the next morning, Saturday night meant saying goodbye to Pikachu's butt and to my first Origins experience. 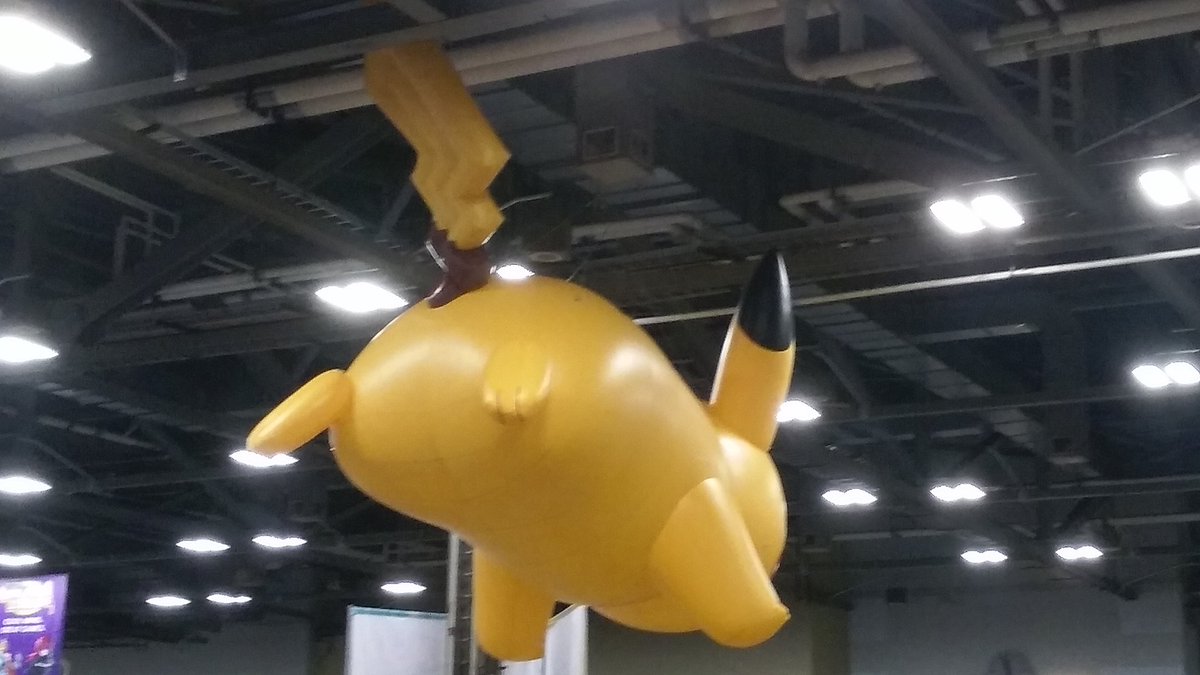