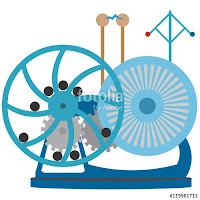 Playtesting is crucial to any successful design, but the tricky part has often been which feedback to accept and which to ignore. Keith Ferguson and I really thought we had "Magnificent Marvels" nailed down when we pitched it at Origins and eventually signed it with Hexagram 63. The publisher identified some modifications for us to explore, so Keith tested some changes out at WashingCon and again at The Island Games, our friendly local game store. The changes that Hexagram 63 requested seem to work well, but some other feedback that Keith received surprised us somewhat. We have to look hard at where to make changes and where to stick with our original design.

"Magnificent Marvels" has a worker-placement aspect, with a twist that players don't get workers back until a player - any player - spends an action to clear a set of placement locations. This requirement introduces a game of "sequential chicken" in which each player may hold out in anticipation that another player will spend the action and send everybody's workers back. This tension is a key aspect of the gameplay, one that Keith and I feel has become fundamental and which appealed to the publisher in the first place.

Keith got some strongly negative feedback at WashingCon, however. In previous playtests, players acknowledged this conundrum as part of the game, but players at WashingCon really didn't like it, particularly when one player found themselves stuck with no other option. Players in that session wanted some compensation for the "returning workers" action.

My own opinion was that the player who returns workers gets their own workers back, clears the area where they want to place workers, and improves the labor market (another mechanism I won't get into here). So it is inherently a choice that helps the player, even if it helps opponents, too. The worst case is when a player has one action left and the only option is to return workers; in that case, you've helped your opponents and done yourself very little good. That appears to be the main objection.

Keith drew an analogy to the practice of giving a player a reward for spending an action to take the "first player" token in other worker-placement games. I can see that, although again, I consider the first-player token to have its own value and in some circumstances worth the action. But we're going to pay attention to the feedback Keith got and introduce a reward for the "return workers" action and see how it plays out.

The thing I struggle with more generally is how quickly to react to a single feedback datum in the context of other playtest results. If I try to react to every comment I get from every playtester, I'll never settle on a design. If we observe a pattern (as we have with some other elements of the game), we know we need to take those results seriously and adjust the game accordingly. But sometimes, a single playtester's idea is brilliant, and other times that idea is contrary to the game's vision and shouldn't be incorporated.

I think I come down to this conclusion: We need to weigh unique feedback against the vision of the game - the experience we want the players to have. If it's inconsistent with that vision, we can let it go. But the other side of the equation is that there's no harm in testing ideas. That's the part that Keith is better at than I am - the willingness to explore a new idea and see whether it has merit, even if it seems on face value as though we wouldn't like it.