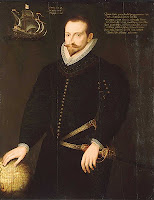 My family and I did another run-through of "East India Company" this weekend with my wife, my 19-year-old son, and my mother-in-law, of all people, who isn't afraid to learn something new from time to time.  I made some adjustments to correct the issue with the pace of the game this time, and I wanted to see how effective they were.

It turns out that they partly worked.  The first half of the game was still fairly slow, although one big difference was that almost everyone was taking out loans and building bigger ships, which means that I improved the motivation for investing in ship capacity.  (My son actually over-invested in ships and ended up cash-poor and deeply in debt.  He hit bankruptcy near the end of the game.  I am actually very pleased with how the loan process works.  Loans can be valuable to fund shipping, but they can create a vicious cycle of debt if players don't manage cash flow carefully.)  But it wasn't until the second half of the game, as more and more markets opened up, that people really started having fun with it and got the trading engines going.  The total game length was still way too long, but at least it was more fun and sped up toward the end, so I have some better ideas to improve the game flow and shorten the play time.

My next opportunity to playtest may turn out to be this Wednesday with my gaming buddies.  It will be their first exposure to the game, and my third playtest with other people.  I've finished the rules draft with the latest changes, but I definitely have to construct some player's aids.  One recommendation my son made was to modify the turn order so that people weren't continually faced with decisions over and over again.  I've completely modified the turn sequence to improve the flow of the game so that each phase can execute more smoothly.


The World Boardgaming Championships started today, and I'm really looking forward to getting up to Lancaster, Pennsylvania, for some "immersion gaming."  I plan to be there Thursday through Sunday.  I'll be running a Trains Planes and Automobiles game in the Juniors Room on Sunday morning at 11:00.  Other than that, I plan to look for familiar faces and get my butt kicked in my favorite games.  Oh, and learn at least one new game and buy at least one new game.  Good times!
Posted by Paul Owen